On January 27 of local time, the handover ceremony & strategy release ceremony of Great Wall Motor (GWM)'s "Arte. Futuro" plant in Brazil was held in the state of Sao Paulo, Brazil.

On January 27 of local time, the handover ceremony & strategy release ceremony of Great Wall Motor (GWM)'s "Arte. Futuro" plant in Brazil was held in the state of Sao Paulo, Brazil. At the ceremony, GWM officially acquired the the Iracemápolis plant. After intelligent and digital transformation and upgrading, the factory is expected to be put into operation in the second half of 2023, with an annual capacity of 100000 units, which will radiate the whole Latin American region in the future. Meanwhile, GWM released Brazil's core market strategy: over the next 10 years, it will invest more than BRL10 billion (about CNY11.5 billion) to deepen the layout of the local industrial chain, build local scientific and technological enterprises, focus on electrification and intelligence, and strive to become a leading brand of new energy vehicles in the Brazilian market. 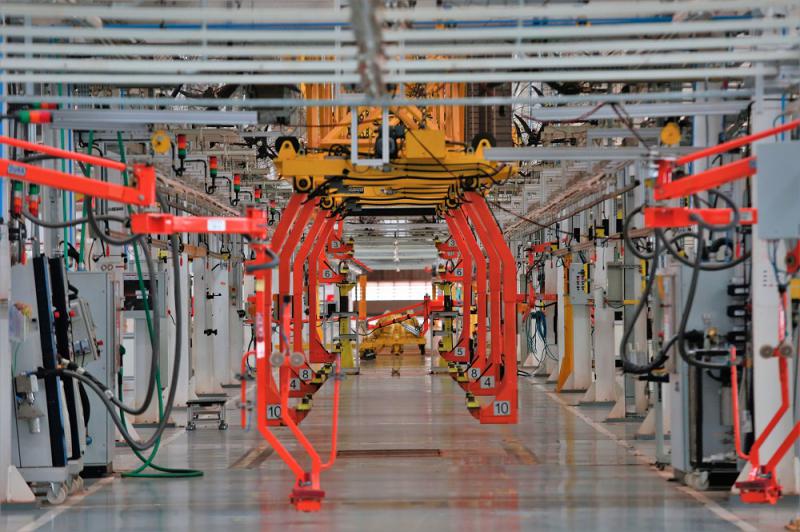 The smart factory of GWM

The release ceremony was themed " ARTE•FUTURO ", which implied that as an emerging auto manufacturer developing in Brazil, GWM expects to create a brand together with Brazilian users and build closer connections with them. It hopes to bring new mobile travel experiences to local users with green, intelligent and trendy products. 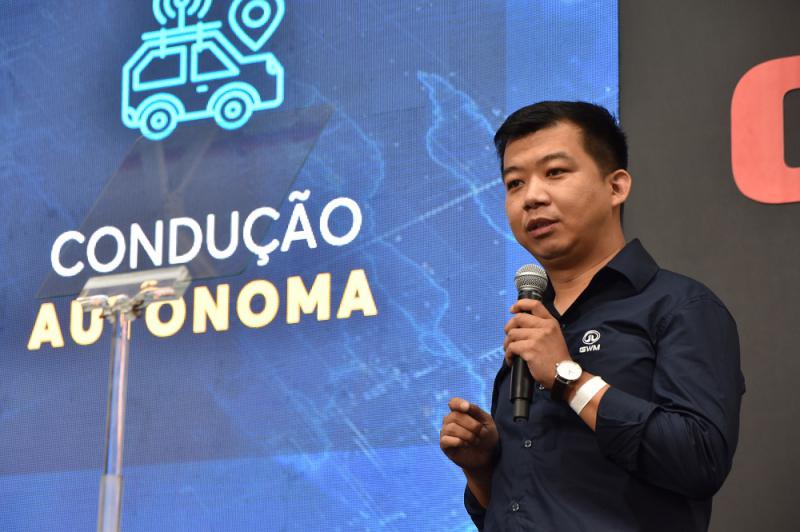 Li Yachao, vice president of Marketing of GWM in Brazil, introduced the "2025 Strategy" of the company and the core strategy targeting the Brazilian market in an all-round way:

GWM will launch the GWM brand and the ORA brand in the Brazilian market. The GWM brand will introduce three brand products, i.e. TANK, HAVAL, and POER，while ORA is positioned as a high-end battery electric vehicle (BEV) brand. In the following three years, GWM will launch 10 models of new energy products in Brazil, including 4 BEVs and 6 hybrid electric vehicles (HEVs), with the first model to debut in the fourth quarter of this year. 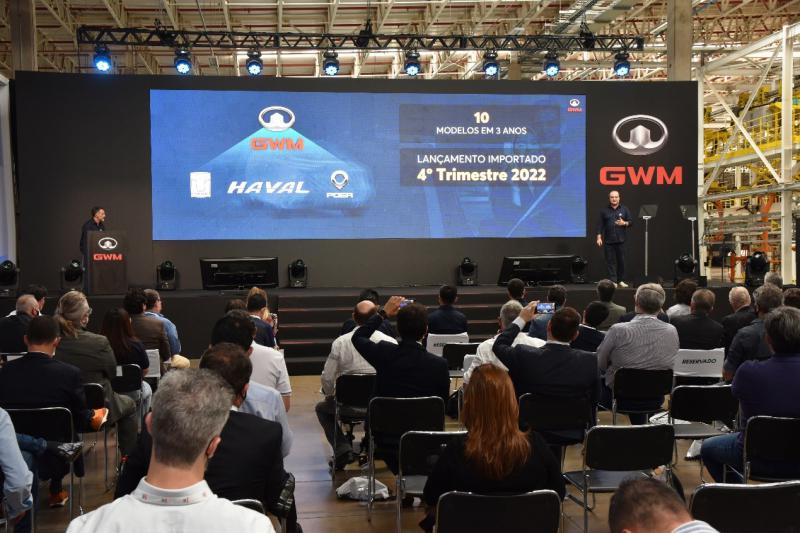 Meanwhile, the products released in the Brazilian market are all intelligent automobiles. The entire product series will be equipped with IoV and L2 intelligent driver-assistance systems and the first 5G automobile model of the Brazilian market will be launched. GWM will adhere to the user-centered principle, building brand new user experience space in Brazil and creating with customers to offer the locals new driving and riding experience and establish an emotional connection with them.

Arranges the scientific and technical ecology layout by the investment of RMB 11.5 billion and radiates the Latin American market

Brazil's auto market is one of the top ten markets in the world. Judging from the current car ownership, the market potential is huge. As the leading market in Latin America, Brazil has a sound automobile industry foundation, which is the strategic support for the global development of GWM. In the Brazilian market, GWM will take the layout of science and technology as the first, introduce leading new energy and intelligent products, and bring new car experience to local users. Meanwhile, GWM will invest BRL10 billion (about CNY11.5 billion) in the next 10 years to deepen the ecological layout of science and technology. The relevant investment will create 2000 direct jobs for the local area.

Investing in the supporting system. GWM plans to build a stronger presence in the localized industry chain and invest in local key auto parts by stages, aiming to reach region-based cooperation with local suppliers, with a localization rate of over 60%, and invest in the local charging network to enable coverage across core cities in Brazil, by 2025. Focusing on advanced technology R&D system. GWM will step up technology R&D. On the one hand, GWM will establish the Latin American intelligent R&D base for localized development regarding intelligence and the internet of vehicles, and for the R&D of intelligent technology based on local scenarios and driving habits in Latin America. Meanwhile, it will recruit and train local cleaning and intelligence talent to highlight green production and actively popularize green ideas and environmental protection. At present, GWM is accelerating the process of scientific and technological upgrading and globalization. In the whole process of globalization, Brazil will serve as a strategic market and take this as the center to open the curtain of the whole Latin American market, and bring Chinese intelligent manufacturing to the majority of Latin American users with products of a variety of technical routes such as pure electricity, hybrid and hydrogen energy.