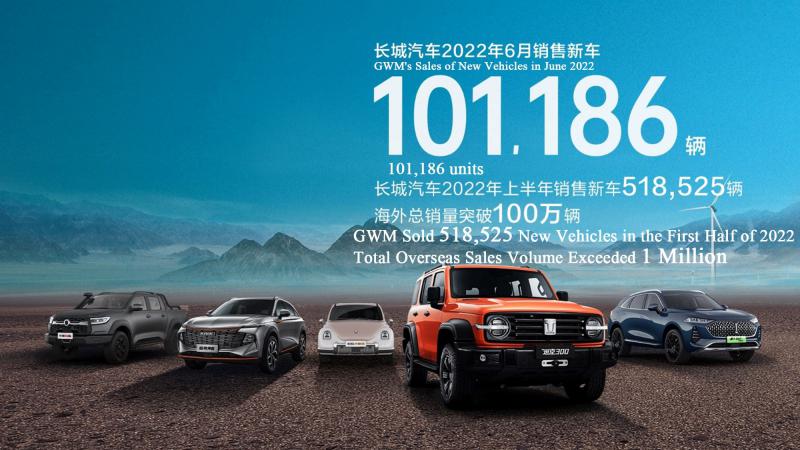 In the first half of this year, GWM tackled with a series of challenges, such as limited supply of and logistic services for parts, rising costs of raw material and other reasons. When the COVID-19 pandemic has been increasingly under control and enterprises of the supply chain and logistics industry are resuming their work, GWM are offering more new electrified and intelligent products, making the sales volume rise continuously in the second quarter. In the second half of the year, thanks to the new policy of granting subsidies to rural residents to buy cars and reducing the purchase tax of vehicles, GWM will provide more new electrified and intelligent cars and continuously promote the growth of GWM brands.

In the first half of 2022, GWM focused on the category innovation, and five of its major brands worked together to have achieved remarkable results. The sales of highly valued and intelligent products accounted for a greater proportion. The models based on three technological brands, L.E.M.O.N platform (including L.E.M.O.N hybrid DHT), TANK platform and COFFEE intelligence, now account for 69% of the total sales, compared with 57% in 2021; intelligent vehicles have increased from 74% in 2021 to 85%, and models worth more than RMB 200,000 have increased to 14% from 10%. In June, 51,274 new vehicles were sold, with a month-on-month increase of 22.82%. From January to June this year, 288,903 new HAVAL vehicles were sold, including 136,921 HAVAL H6. Meanwhile, HAVAL brand has also been highly recognized by industry authorities. In the Global 500 2022 released by Brand Finance, an internationally authoritative brand value evaluation agency, HAVAL ranked 372nd with a brand value of USD 6.1 billion. 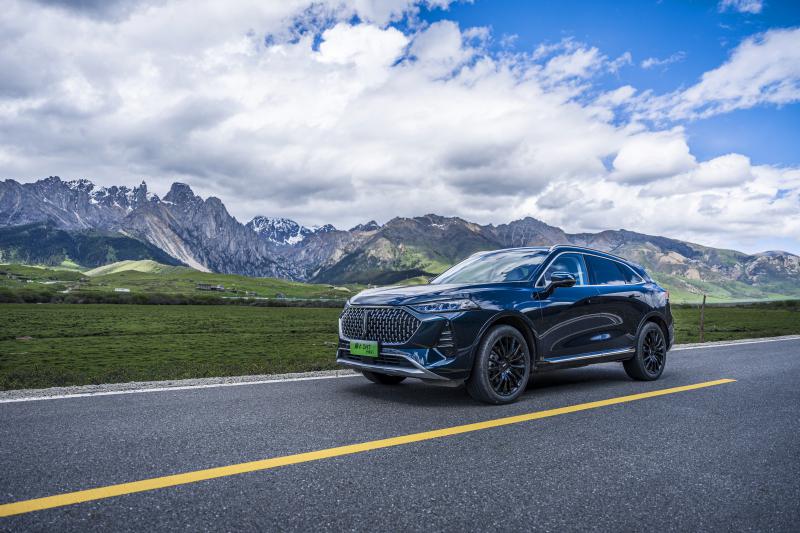 WEY, which has fully transformed into a high-end intelligent new energy brand, sold 2,887 new vehicles in June, up 14.56% on a month-on-month basis. In the first six months of this year, 21,985 WEY cars were sold. 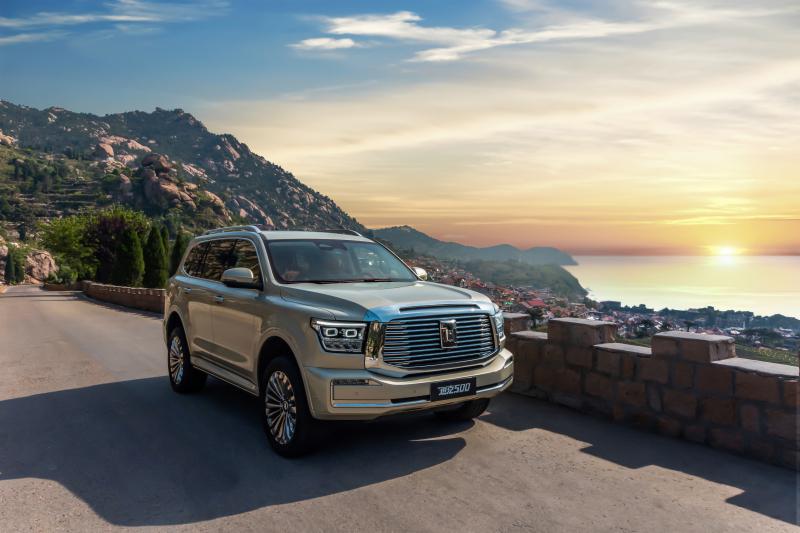 In June, 21,251 GWM pickups were sold, seeing both year-on-year and month-on-month growth. A total of 94,417 new vehicles were sold from January to June, including 14,674 new POER vehicles sold in June, up 46% on a year-on-year basis, with a cumulative sales volume of more than 10,000 vehicles for 23 months. In May this year, only two years and eight months after its launch, POER sales exceeded 300,000 vehicles, which once again proved that GWM Pickup is an absolute leader in the Chinese market. At the same time, GWM Pickup also performed brilliantly in the global market and has been marketed in more than 50 countries on four continents. From January to June this year, 19,608 GWM Pickups have been sold in overseas markets.

While taking hold of the stable development of the Chinese market, GWM is firmly promoting the development of globalization. Up to now, GWM has exported its products to more than 170 countries and regions around the world through nearly 700 overseas sales channels. TANK 500 is unveiled upon the launch event of TANK 300 in the market of Saudi Arabia, while GWM's overseas sales have exceeded 1 million vehicles. From a new starting point, GWM has ushered in a new stage of globalization, bringing more high-end and intelligent models to global users.

In the past few years, thanks to the successful presence of the 3rd Gen HAVAL H6, HAVAL JOLION, POER, HAVAL DARGO and other global strategic models in overseas markets, GWM's overseas sales have increased dramatically. GWM's global products which are based on the three technical brands of the L.E.M.O.N platform (including L.E.M.O.N hybrid DHT), TANK platform and COFFEE have been introduced to majority countries and regions. GWM is accelerating the pace of offering global products in South Africa, Australia, New Zealand, Chile and other advantageous markets. At the same time, the brands and products of GWM have won the trust of many users in emerging auto markets such as Thailand, Egypt, Nepal, Brunei, Pakistan and Laos. In June this year, GWM launched HAVAL H6 GT for the first time in Iraq, as another global SUV model of GWM. 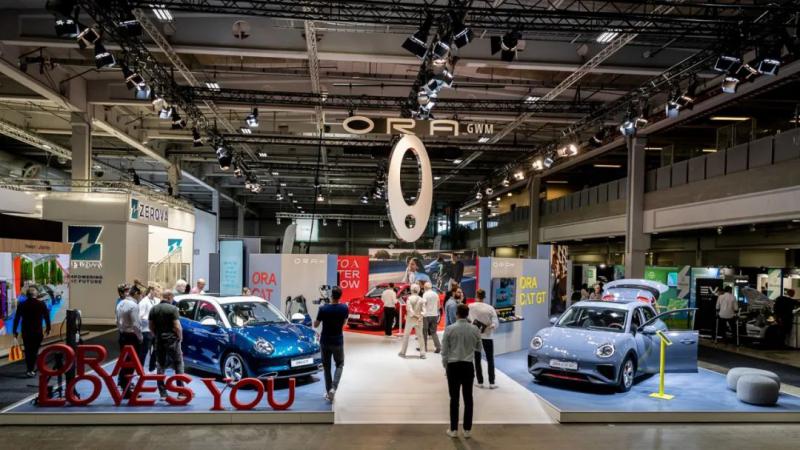 GWM Presents ORA and WEY at the EVS35 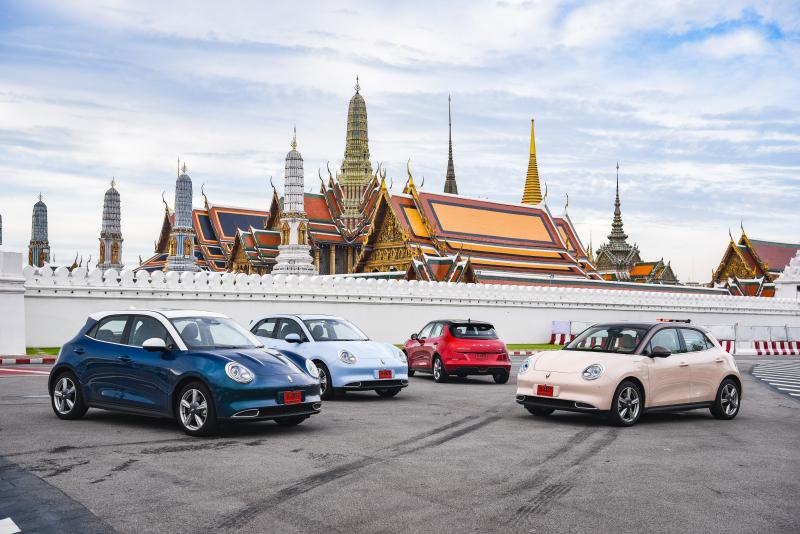 GWM Pickup is Well Received in Australia and New Zealand

Meanwhile, GWM is actively exploring the European market. Recently, ORA FUNKY CAT and WEY COFFEE 01 PHEV appeared at the 35th International Electric Vehicle Symposium (EVS35) in Norway, and released the brand concept to show the advantages of GWM in the field of electric transportation. EVS35 symbolized the starting point for GWM to enter the market of Norway. Meanwhile, WEY COFFEE 01 PHEV has also embarked its journey into the market of Germany. The ongoing German User Experience Conference, which consists of ten stops, is a warm-up for GWM to enter the market of Germany. GWM is taking practical actions to demonstrate Chinese new energy and intelligent automobile products to potential users of high-end markets in Europe.