Recently, GWM HAVAL DARGO was launched in two South American countries, Chile and Peru, at the same time, and the media in both countries were invited to participate in the long-distance test drive.

Recently, GWM HAVAL DARGO was launched in two South American countries, Chile and Peru, at the same time, and the media in both countries were invited to participate in the long-distance test drive.  HAVAL DARGO performed excellently on the undulating mountain roads, allowing the test drive participants to fully experience the fun of driving amidst the beautiful scenery.

To demonstrate the performance of the GWM product more authentically, the launch site of the HAVAL DARGO in South America was purposely chosen in Puerto Montt, Chile.  As an important port city in southern Chile, Puerto Montt is surrounded by jungles and bordered by the Calbuco Volcano and Lake Chapo to the south. It is the southern terminus of the Chilean North-South railroad line, and the Pan-American Highway, which runs through North and South America, also passes through the port to Argentina, making it a popular leisure destination for many people. Given the diverse terrain in the southern region of Chile, the launch event was centered on a multi-scene test drive, closely matching the concept of "DARE TO GO" which  HAVAL DARGO conveys.

On the first day, the test drive team departed from Puerto Montt and headed towards Puelo along the Road V-69. Road V-69 encircles the Alerce Andino National Park, which is 99% off-road, making the test drive full of challenge. The area has a temperate maritime climate, with annual precipitation often above 1,800 mm. Just before the team arrived, it had just rained and the roads were muddy and slippery.  However, such road conditions are precisely the perfect venue to test the off-road capability of HAVAL DARGO. After three hours of field testing, the test drive participants highly praised the performance of HAVAL DARGO on the bumpy muddy roads.

After arriving at the destination, the test drive participants said excitedly that the driving of HAVAL DARGO on the mountain road far exceeded expectations, both in terms of ground grip and chassis feedbacks, which was excellent, and the vehicle provided good support when cornering, making the driving really comfortable.

On the second day, the test drive participants traveled along Road 225 towards Puerto Varas. On the way, people could see the famous Osorno Volcano and Lake Llanquihue in southern Chile. The test drive route was mostly on paved roads, and test drive participants experienced high-tech configurations including ACC (adaptive cruise control), lane keeping, traffic sign recognition, and 360° surround view. They realized that HAVAL DARGO was not only an off-road SUV, but also fit for urban, and the combination of off-road and urban characteristics on HAVAL DARGO brought the charm of the product concept.

Through different driving scenarios such as off-road terrain, paved road and unpaved road, people experienced the performance of HAVAL DARGO comprehensively. In the off-road scenario, the professional-level off-road configuration and chassis tuning of HAVAL DARGO are being demonstrated, so that the riders could experience the wonderful journey brought by intelligent technology driving while feeling the beauty of the lakes and mountains. Even on a road with a large slope, the powerful chassis system of HAVAL DARGO could still give the riders an excellent experience without the need of slow down.

After the test drive, the influential Chilean media commented that HAVAL DARGO's tough and unique styling, exquisite interior craftsmanship and rich intelligent technology configuration are very eye-catching, and it was the best in its class in the market. 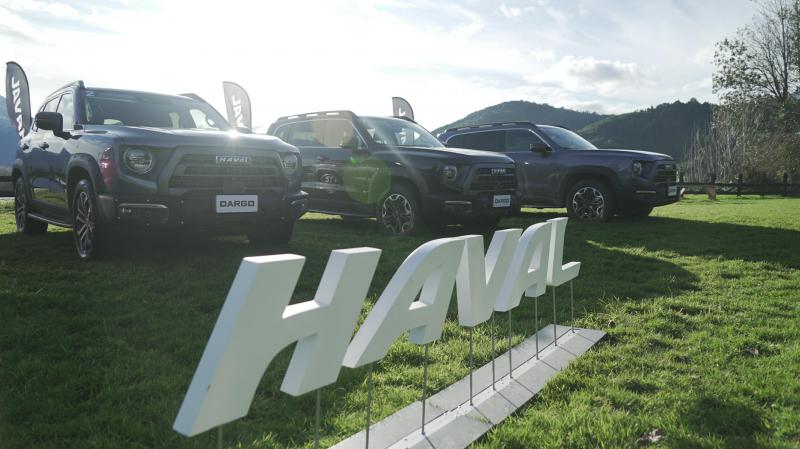 GWM has been developing the Chilean market for 15 years since it arrived in 2007, and its cumulative sales have exceeded 100,000 units. Based on the concept of "deepening user operation and enhancing brand awareness", GWM has deeply explored the demands of local users and incorporated into HAVAL DARGO the lifestyle of local young customers "who are full of enthusiasm, independent, and readily to embrace change and explore fearlessly". With its smooth "land drifting" capability, HAVAL DARGO will definitely bring a new perception and driving experience to local users.