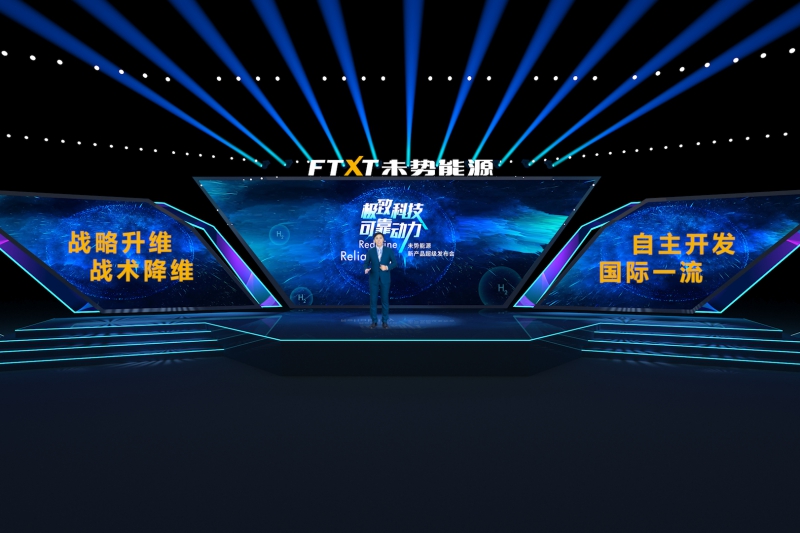 The research and development of FTXT's three major products have lasted for 5 years, with an R&D investment of RMB 1.57 billion. A total of 363 key technology patents have been applied and granted.

GWM's first fuel cell SUV will be mass-produced in 2021.

Since the beginning of 2016, GWM has listed the development of hydrogen fuel cells as a key project, aiming at the world's cutting-edge key technological fields of hydrogen fuel cells, and carrying out platform-based component design for passenger car and commercial vehicle markets. So far, it has invested RMB 1.57 billion of its own capital in product development in total. FTXT, a subsidiary of GWM, focuses on the R&D, manufacturing, and sales of hydrogen energy technology. It has a professional R&D team, as well as hydrogen energy test bases, fuel cell trial production centers, hydrogen production and liquefaction plants, supporting vehicle test sites, climatic chambers, and other high-quality resources.

After five years of exploration, FTXT has successfully applied for 363 patents of key core technologies in the field of hydrogen energy and fuel cell. In the R&D process, in addition to being in strict compliance with the product development V process, all products have gone through 1,045 rigorous tests, ensuring super reliability from the source of design and development. Zhang Jinhua, Secretary-general of the China Society of Automotive Engineers, stated at the conference that FTXT has invested heavily in the development of hydrogen energy and fuel cell vehicle business and mastered key core technologies, which reflects GWM's dedication and professionalism, and hoped that FTXT would become a model of national brands in the industry, make persistent efforts, and lead the technological innovation in the industry. Wu Zhixin, Deputy General Manager of China Automotive Technology and Research Center Co., Ltd., praised: "FTXT has presented the wisdom of its own brand by offering solutions to problems and has provided an excellent case for enterprises in the industry." The 150 kW platform-based fuel cell stack has achieved comprehensive breakthroughs in the high power of fuel cell stack and the voltage uniformity of single cells of the stack. With the help of the five "trump cards" of bipolar plate design, membrane electrode development, overall uniformity simulation of the stack, stacking process control, and single-cell drainage performance, as well as the "NODS system" developed by FTXT, remote online diagnosis and upgrade of the system, real-time monitoring of the working state of the fuel cell, and remote fault diagnosis and cloud upgrading are realized. With continuous adjustment of the corresponding control strategies, the service life of the fuel cell stack is effectively extended by more than 20%. The 70 MPa high-pressure hydrogen storage cylinder valve and the two-stage pressure reducing valve have been subjected to the mainstream design of high integration, light weight, and low power consumption for high-pressure hydrogen storage valves. The complete hydrogen storage coordination is achieved only by the process layout of hydrogen refueling receptacle-cylinder valve-hydrogen cylinder-pressure reducing valve bank-fuel cell system, which reduces the hazard of leakage from the root. The total number of cylinder valve parts is reduced by more than 20% compared with the current mainstream products in the market. The pressure reducing valve bank is integrated with a one-way valve, a bipolar filter unit, and a high-pressure diverter unit. The total weight of the two valves is equivalent to 1/3 of that of the current mainstream products in the market. In terms of safety and tightness, the leakage rate is far less than the limits specified in domestic and foreign standards according to the hydrogen leakage test.

GWM's First Fuel Cell SUV Will Be Mass-produced in 2021

Among the three core fuel cell components released by FTXT, the 95 kW passenger-car fuel cell system engine has been successfully applied to the first fuel cell SUV that will be launched by GWM soon, and will be mass-produced in 2021.

At the same time, based on its position as an expert in hydrogen energy for vehicles, FTXT adopts the "passenger car and commercial vehicle" two-legged strategy. Shanghai Fuel Cell Vehicle Powertrain Co., Ltd., a subsidiary of FTXT, is positioned as an important strategic support for the R&D of domestic commercial vehicle fuel cell systems. The fuel cell heavy-duty truck model launched together with Dayun Automobile Co., Ltd., is equipped with an independently developed 100 kW commercial fuel cell engine - "Chaoyue 300E", breaking through the service life limit of 10,000 hours and having a one-time vehicle endurance mileage of 1,100 km.

The 150 kW high-power independent stack production line with a designed annual capacity of 1,000 units was put into use in July this year, and the product will be officially put on the market in 2021.