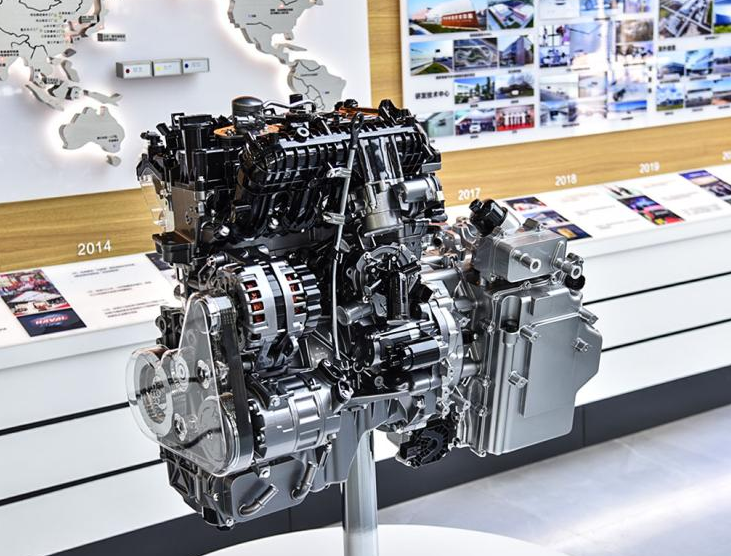 A few days ago, the results of "Top Ten Engines of 'China's Heart'" in 2020 were announced, and the GW4N20 engine independently developed by GWM was successfully selected. It was the seventh time for GWM being honored.

A few days ago, the results of "Top Ten Engines of 'China's Heart'" in 2020 were announced, and the GW4N20 engine independently developed by GWM was successfully selected. It was the seventh time for GWM being honored.

"Top Ten Engines of 'China's Heart'", the "Ward’s Ten Best Engines" and the "International Engine of the Year " are the world's three major engine selection activities. Their fair and scientific selection methods have won the recognition of the industry and the market, and they are highly authoritative and influential in the industry. They also represent the technical trends and manufacturing standards of high-class engines in the Chinese market. GWM’s GW4N20 engine was selected in fierce competition, fully demonstrating the outstanding independent research and development strength of GWM and the breakthrough of China's automobile industry in the core technology field.

With thermal efficiency, the core parameter, as high as 38.3%, GW4N20 engine is comparable to international first-class products.

GWM is not only a world-famous SUV and pickup manufacturer but also a leading automobile enterprise in China that can fully master the core technologies such as engine and transmission technologies. For many years, GWM has always adhered to the R&D philosophy of "precise investment, pursuing industry leadership" and devoted itself to pursuing industry leadership in core technologies. The GW4N20 engine is the latest generation of engine independently developed by GWM. The GW4N20 engine is planned to be mass-produced within this year, and will be installed in the new models of GWM's "L.E.M.O.N." platform, so as to bring users a driving and riding experience with stronger power, lower fuel consumption and more perfect comprehensive experience.

The GW4N20 engine has many technical advantages such as high efficiency, low emission, light weight and high performance, and many leading technologies in the industry are applied for it. For example, the combustion chamber and intake channel are optimized to improve the compression ratio to 12:1; Miller cycle, 350bar central direct injection fuel system and other technologies are adopted to make the mixture in the cylinder burn more fully and further reduce fuel consumption; two-stage VVL valve lift is applied to improve the low-speed fuel economy and high-speed power performance; electronic water pump and electronic thermostat are applied to carry out more scientific thermal management of engine; cylinder head is integrated with exhaust manifold, combined hollow camshaft replaces solid camshaft, and hollow sodium-filled valve and plastic cylinder head cover are adopted, so that the overall weight of engine is reduced by 10%, thus achieving the goal of high efficiency and fuel saving. 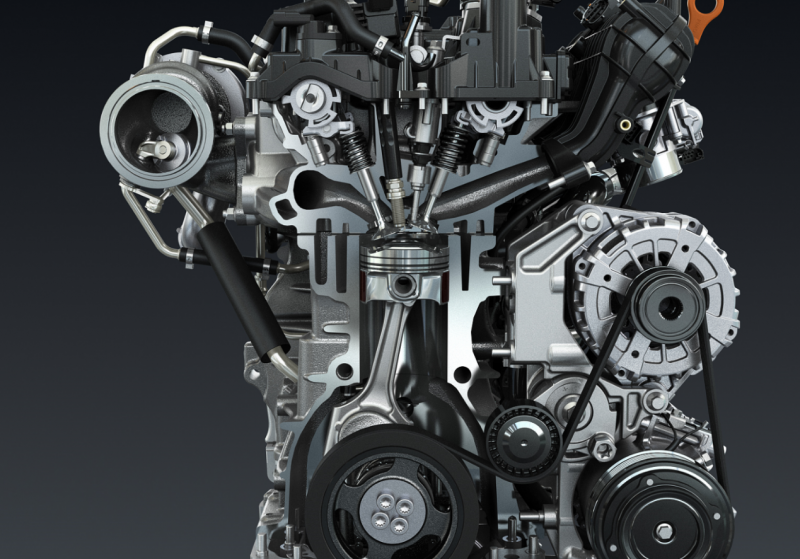 Slicing Drawing of The GW4N20 engine

At present, the thermal efficiency of The GW4N20 engine of GWM not only has reached the world leading 38.3%, but also has excellent parameters such as maximum power of 180kW/(5500-6000)rpm and maximum torque of 385 N•m/(1750-4000) rpm, and can also meet the requirements of China VI b+RDE, Euro VI d and other emission regulations. Its efficiency, power and environmental protection and other technical indicators are not only leading in the domestic automobile industry, but also comparable to the international first-class engine level.

Moreover, GWM has carried out individual verifications over 277 items for more than 200 parts of the The GW4N20 engine from its R&D in 2016 to its mass production in 2020, and has checked the whole engine for reliability four times. GWM test requirement is over 50% superior to the test requirement specified in related international standards, and the accumulated duration of the reliability test is up to 5000h, ensuring high reliability.

In addition to the "good news" of the The GW4N20 engine, the 9DCT／9HDCT transmission independently developed by GWM will soon be mass-produced, thus building a stronger powertrain with the engine, becoming one of the core technologies of the GWM’s "L.E.M.O.N." platform, and providing strong technical support for the products. 9DCT is the world's first transverse 9-speed wet dual-clutch transmission. Its carrying space is almost the same as that of 7DCT, but its bearing torque is increased by 54%, its average weight is reduced by 2.6%, its axial space is saved by 5.8mm, and its comprehensive performance is better. P2 module is integrated on the basis of the 9DCT Transmission to form the 9HDCT hybrid transmission, the world's first transverse P2 9-speed hybrid wet dual-clutch transmission.

In the national standard fuel consumption test, compared with the mainstream products, the fuel consumption per 100 km of 9DCT transmission is reduced by 7%, and that of 9HDCT transmission is reduced by 70%, which not only is attractive to users, but also has considerable significance and value for energy saving and emission reduction as well as green travel. 2020 is a year of comprehensive advancement for GWM. From proposing to transform to a global technology mobility company to releasing three technology brands of L.E.M.O.N., TANK and COFIS and to being selected among the "Top Ten Engines of 'China's Heart'" in 2020, GWM is accelerating its transformation to a global mobility technology company. In the future, with the new-generation powertrain rolling off the line, GWM will lead the global development of China's automobile industry through "winning by technology".