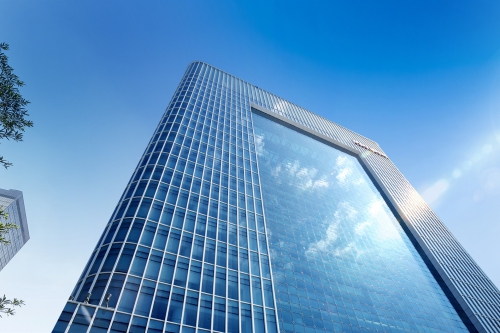 ● Continuously fulfilling its social responsibilities: with the car-making concept of "Safety first", GWM guards users' mobility safety with intelligent technology. With the concept of "Harmonious coexistence among people, cars and the environment", its new energy and fuel-efficient power products account for nearly 70%.

In 2019, the global economy encountered a slowdown, with an overall downturn in the auto industry. GWM made changes with strong commitment, with continuous scientific and technological innovation for the future development as well as a "4 + 4 + 1" brand development system to improve its global competitiveness. Therefore, it maintained a stable management in the challenging environment in 2019. GWM had continuously improved its management, and at the same time it deepened its social value in multiple dimensions, actively fulfilled its product, social and environmental responsibilities, laid a solid foundation for its green, innovative and sustainable competitiveness, and highlighted its corporate responsibility and accountability.

Technological innovation is not only the basis for enterprise survival and development, but also the fundamental source for enterprise performance growth. In the "new four modernization" reform, GWM has always been adhering to "excessive investment, precise R&D", promoting the future development with scientific and technological innovation. As a result, it has transformed into high-quality development. In 2019, GWM’s total R&D expenditure reached 4.248 billion yuan, an increase of 7.31% YOY, accounting for 4.47% of the revenue. Focusing on the fields of cleanness, intelligence and networking, GWM continues to create in-depth value for users. 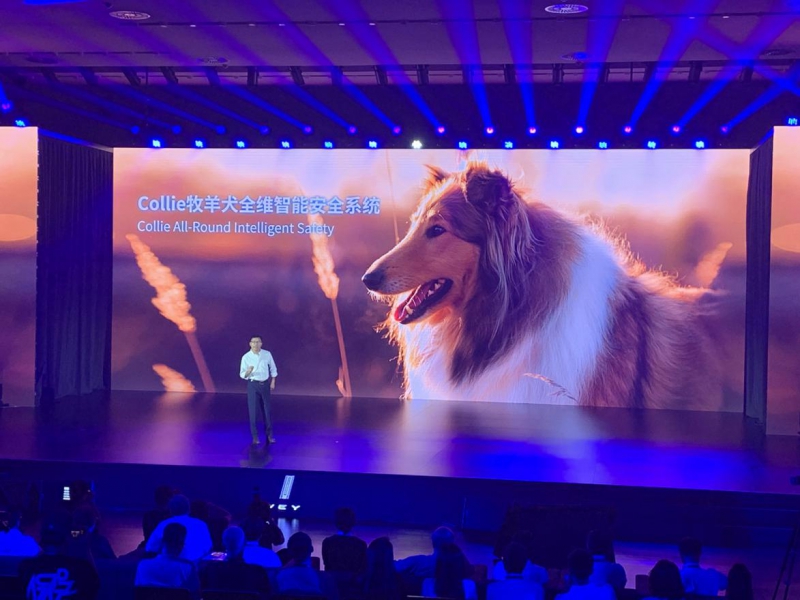 In terms of cleanness, GWM is committed to the coordinated development of new energy and fuel-efficient power to reduce emissions. For new energy vehicles, GWM has simultaneously developed EV, HEV and PHEV models and laid out hydrogen energy models, and released plug-in hybrid models based on Pi4 platform such as WEY VV7 PHEV, VV7 GT PHEV, as well as ORA IQ and R1 based on pure electric ME platform. HYCET, a subsidiary of GWM, released the “I Era” powertrain including 4N20 engine, 9DCT transmission and 6001 series electric drive. The GW4C20B 2.0T engine and 7DCT transmission independently developed by HYCET was ranked as China Best Ten Engine and World Top10 Transmission respectively. HYCET released the “I Era” powertrain

With 5G, self-driving and other intelligent technologies, GWM constantly provides users with a pleasant riding and driving experience. Many of its models are equipped with the new generation of Internet of Vehicles system, giving car owners all-round care including video and audio entertainment, news information, mobility services and car fans interaction. Over the past year, GWM has also cooperated with eight strategic partners, including Baidu, Ali AutoNavi and Huawei, to build mobility robots based on 5G + AI technology.

In 2019, GWM deepened its globalization strategy with the operation of multiple brands, the coordination of the whole industrial chain and the "4 + 4 + 1" brand development system. The total sales volume of 1.06 million units, especially the substantial growth of SUVs and pickups and the improved brand, enabled GWM to make better performance. 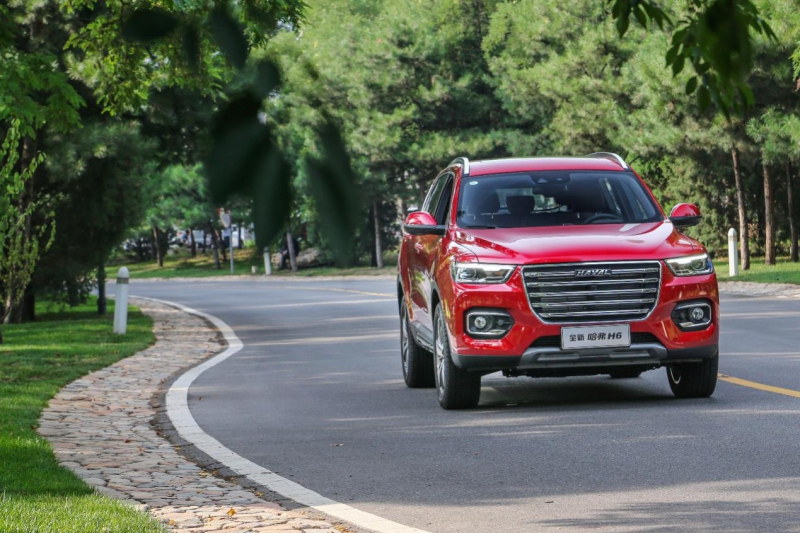 In 2019, the sales volume of models with more than 100,000 yuan accounted for over 65% of the total, which demonstrated GWM’s development from high speed to high quality. Among them, SUV products accounted for 9.19% of the Chinese SUV market, an increase of 0.14 percentage points from 2018. As the “global SUV leader born in China”, HAVAL brand has sold nearly 6 million units in the world, ranking the first in SUV sales in China for 10 consecutive years. With an average price of more than 160,000 yuan, the luxury WEY brand has more than 330,000 users with its strong brand presence, laying a foundation for its future entry into the European and North American markets. The total global sales volume of Great Wall Pickup has exceeded 1.6 million units, ranking first in both domestic and export sales for 22 consecutive years. In Q1 of 2020, Great Wall Pickup accounted for nearly 50% of the market. As ORA brand successfully entered the first echelon of new energy vehicle brands, ORA R1 ranked first in sales growth in the A00 market segment. 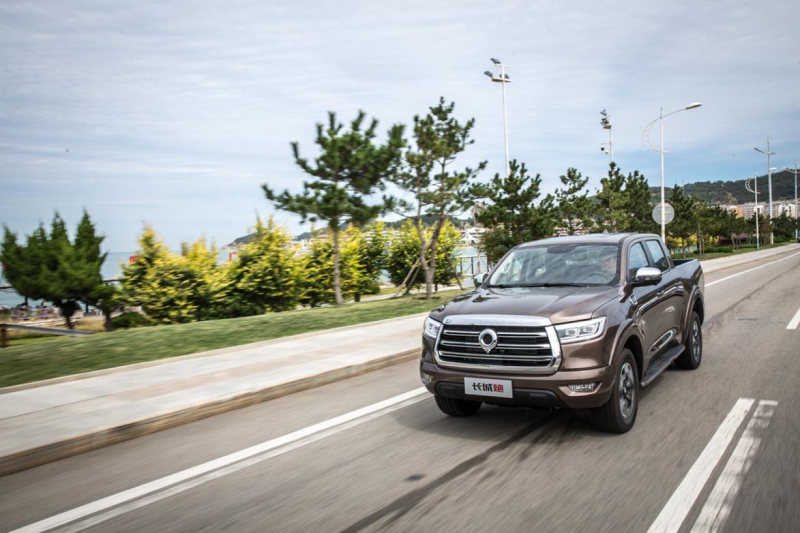 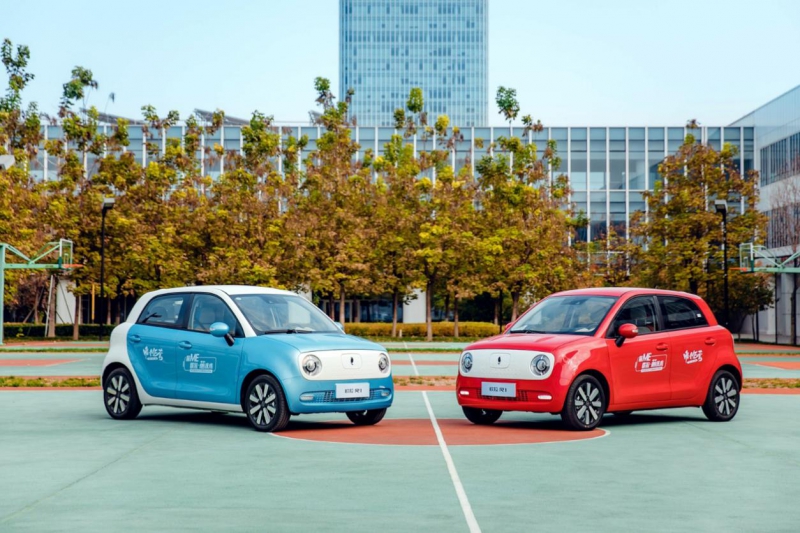 With the increase of vehicle sales, the parts business and overseas market have become the most profitable sectors of GWM, and its profit structure has become more and more diversified. In 2019, its parts and other revenue reached 8.857 billion yuan, an increase of 42.78% YOY. In 2018, its four parts companies, namely, HYCET, Nobo Automotive, Mind Electronic Appliance and EA Group, were operating independently, realizing the transformation of its own parts supply chain system from business control to investment control. At the Auto Shanghai and the Frankfurt Motor Show in Germany in 2019, the parts companies of GWM made their presence in the global market with a series of technological innovations. 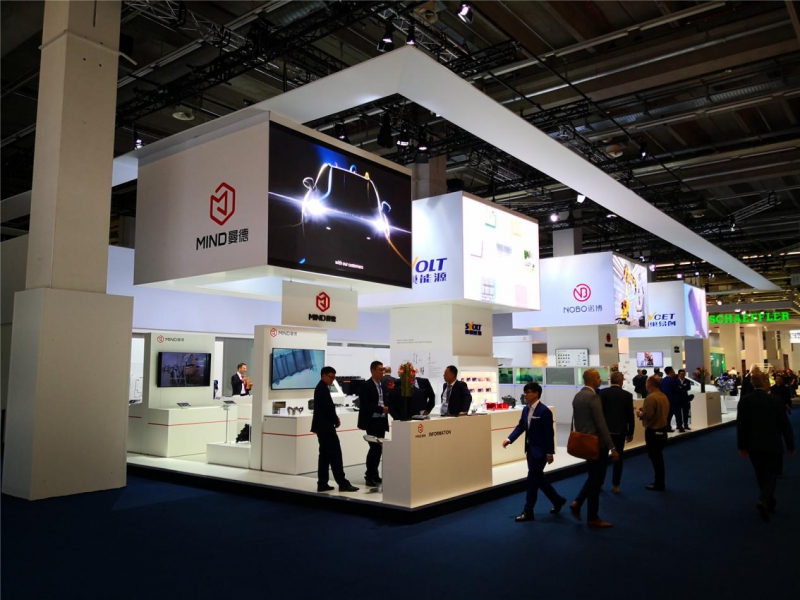 The Spotlight Automotive Project joint invested by GWM and BMW Group, was launched in November 2019, which will realize a new business model of “joint R&D, Made in China and serving global customers”, and boost the global brand value of GWM. With the release of the globalization strategy of its brands and the joint overseas layout of its parts companies, GWM’s overseas revenue reached 5.522 billion yuan in 2019, an increase of 66.61% YOY. In the future, GWM will continue to expand its overseas emerging markets based on its three major process-wide factories in Russia, India and Thailand.

The ESG report simultaneously released demonstrated GWM’s efforts and practices in sustainable development. It promoted the common growth of shareholders, employees, suppliers, users and other relevant parties, and realized the harmonious coexistence between the enterprise and the society.

In terms of environmental responsibility, GWM has been adhering to the concept of "Harmonious coexistence among people, cars and the environment". In 2019, its new energy and fuel-efficient power products accounted for nearly 70%, the amount of its household wastes was reduced by 1.2%, and the indexes such as greenhouse gas emissions and hazardous wastes were all reduced.

In terms of social responsibility, GWM has been continuously improving the construction of public welfare undertakings such as infrastructure, medical care and education in poor areas. In 2019, GWM donated vehicles and equipment valuing 10 million yuan to Fuping County, a national-level poverty-stricken county, to help it out of poverty. Give a man a fish and you feed him for a day. “Teach a man to fish and you feed him for a lifetime. “ In addition to material assistance, GWM created jobs opportunities for 5,925 people in poor areas and assisted poor areas in economic development.

In 2020, the sudden outbreak of COVID-19 affects millions of people. In the fight against the pandemic, GWM donated money and cars (with a total value of 8.85 million yuan) to various regions in China. Meanwhile, it set up a care fund for its 20 million users, and launched a support policy of “Three burden alleviations and three enablings” for its distributors. As the domestic pandemic situation improved, GWM made every effort to resume production for the economic stability. At present, as COVID-19 is spreading around the world, the global auto industry is also faced with transformation and upgrading and the reconstruction of order. As Jack Wey, Chairman of GWM, said, “the pandemic has brought us crisis, but also opportunity and hope. During the once-in-a-century industry change, the 'new four modernizations' will remain the core of global auto industry changes. Chinese auto brands will become the representative of rising stars and have the advantage to win in the global auto development in the future.”

In the fierce competition, only the diligent one wins. In the future, GWM will stick to its globalization strategy, aiming to build a dual value system of economy and society, consolidating its performance foundation with sustainable competitiveness, and entering a new stage of development.