According to VFACTS data on new car sales in April, good news came from Australia and New Zealand, the other side of the ocean. GWM's sales volume in Australia rose rapidly in April, with a year-on-year increase of 672% and a growth of more than 25% for three consecutive months.

According to VFACTS data on new car sales in April, good news came from Australia and New Zealand, the other side of the ocean. GWM's sales volume in Australia rose rapidly in April, with a year-on-year increase of 672% and a growth of more than 25% for three consecutive months. Among them, GWM POER’s monthly sales volume has a market share of 3%, with a growth of 50%, ranking the 8th as a whole and becoming the winner in terms of China's pickup sales volume in Australia. Moreover, in New Zealand, it advanced into the top ten with a year-on-year increase of 186%. The Return of the King, GWM POER advances boldly

With gradual launching of GWM POER pickups on a global scale, the most eye-catching part is undoubtedly its performance in the Australian market, which is known as the "sacred land of pickup culture".  Speaking of Australia, most of us will think of its vast and wild hinterland and long and beautiful coastline roads. Self-driving travel around Australia is the dream of most locals, and high-end pickup trucks with superior performance and multiple functions undoubtedly become the favorite of Australians naturally.

As a new challenger, GWM POER has been unanimously praised by the critical Australian media. For example, CarsGuide praised that "The power of GWM POER has surpassed the top competitors", and Carsales directly competed GWM POER with the market giant Ford Ranger, and complimented that “GWM POER is completely different from other Chinese competitors and will completely change the Australian pickup truck market”.  With its excellent and powerful product strength, GWM POER started its counterattack mode as soon as it was launched, and was rated as the "Car of the Year issued by media authorities in Australia and New Zealand". 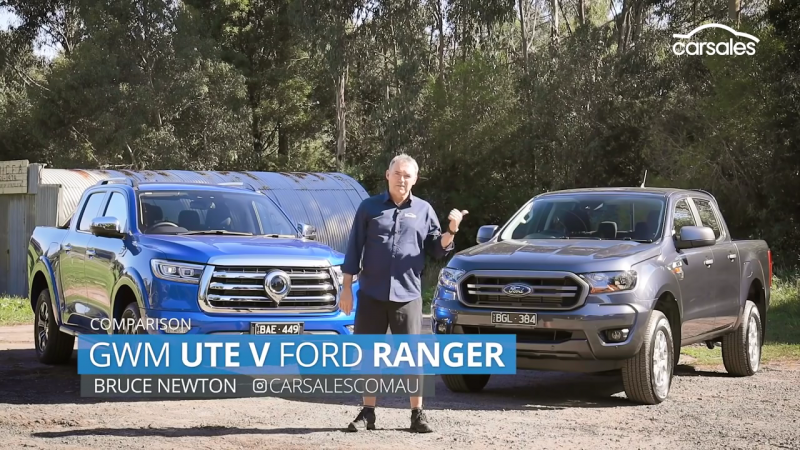 The media praised GWM POER for its excellent performance 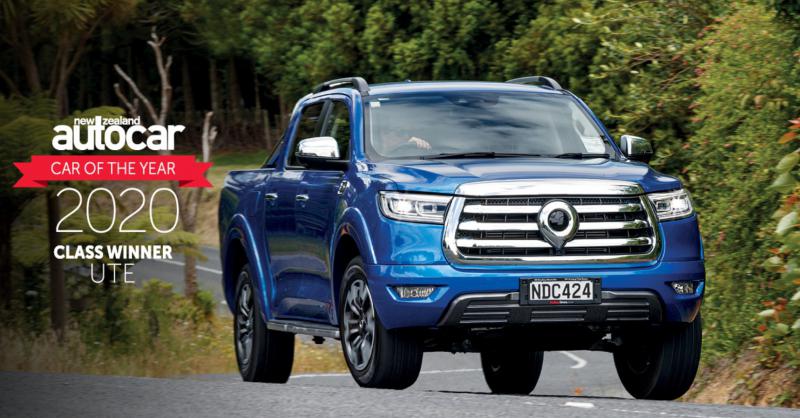 What's more worth mentioning is that it is popular before its sales in Australia. As soon as it arrived at the port, it was booked by consumers and dealers. In less than 3 months, the number of intentional orders topped 1,000, which was universally praised by consumers.  Taking its appearance as an example, consumers were surprised by it at the first sight, thinking that GWM POER is more powerful even comparing with the competitors; the interior is more exquisite. Secondly, with regard to off-road performance, consumers can’t wait to test their cars picked up on cross-country road conditions under the four-wheel drive mode, without changing the AT tires.  Local consumers believe that even if they go off-road with their friends' Ranger, GWM POER is not inferior. Especially when it comes to dragging, it is easy to pull a small excavator and a motorhome.  On the whole, GWM POER has the strength to become a market breaker! 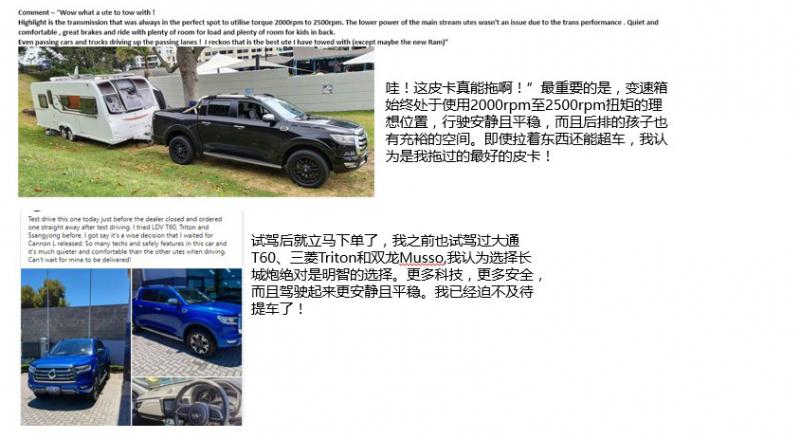 Netizens positively commented on the performance of GWM POER

GWM rose to the challenge and took root in local culture

GWM made its first breakthrough with GWM POER, which not only achieves eye-catching performance in terms of sales volume, media and user reputation but also takes root in local sports culture. It sponsored IRONMAN, the most popular triathlon sport of the local new middle class in Australia and Pulse, a women's netball tournament in New Zealand, fully demonstrating its rooting in local culture and creating an aggressive brand personality.

In the future, GWM will continue to deepen its localization development strategy and study on the minds of local users, winning fans with its products and public praise with its strength, making GWM the first choice of the consumers in Australia and New Zealand. 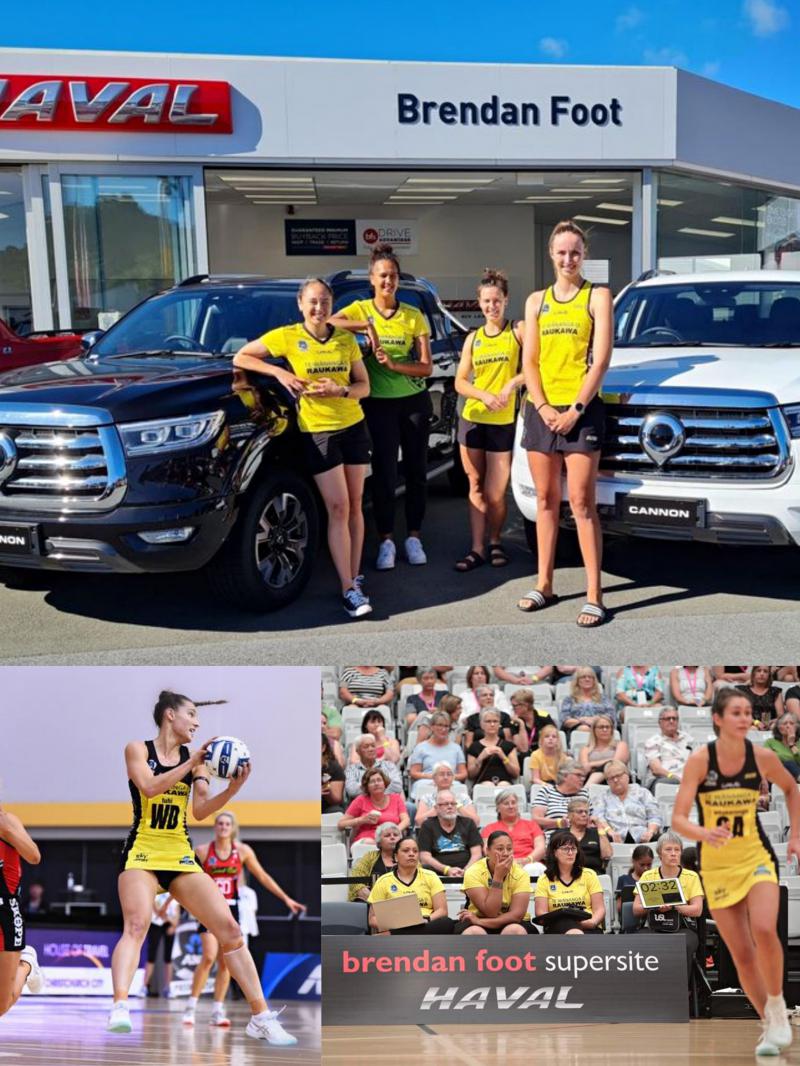