Sales Data of GWM in June

HAVAL sold 59,946 new vehicles in June, bringing its total first-half sales to 391,541 units, up 49.3% from a year earlier. The monthly sales of HAVAL H6, dubbed as a "national legendary vehicle", were 29,664 units, with a year-on-year growth of 27.5%, making the vehicle top the sales rank of domestic SUVs for a total of 97 months. The sales of GWM Pickup in June were 18,060 units, bringing its total first-half sales to 118,066 units worldwide, up 23.2% year on year; its overseas sales hit 23,291 units, a year-on-year increase of 325%, allowing its domestic market share to account for nearly 50%. More than 10,000 GWM POERs were sold monthly for 13 months in total, making the vehicle rank the top in pickup sales. The sales of WEY vehicles were 4,707 units in June, with cumulative sales of 22,984 units in the first half of the year. In June, 10,791 ORA new vehicles were sold, with total first-half sales of 52,547 units, a significant increase of 456.9%, basically equal to the sales in 2020. The brand continues to be very popular in the market, securing its position among Tier I new energy vehicle brands. TANK 300 continued to be a hot seller in June, with sales of 7,160 units, up 17.6% from the previous month, achieving the highest monthly sales since its launch. The accumulative sales in the first half of the year hit 33,073 units, making the vehicle constantly lead the trend of new fashion. At present, GWM has been making great efforts to make technological innovations based on new energy and intelligent technologies and is committed to being a pacesetter in the new field and forging ahead for the future. On June 28, GWM's 8th Science and Technology Festival kicked off, with the official release of its 2025 Strategy -- to achieve global annual sales of 4 million units by 2025, 80% of which are new-energy vehicles, with revenue exceeding RMB 600 billion. To achieve this goal, GWM will continue to invest heavily in R & D and spend RMB 100 billion in R & D over the next five years. 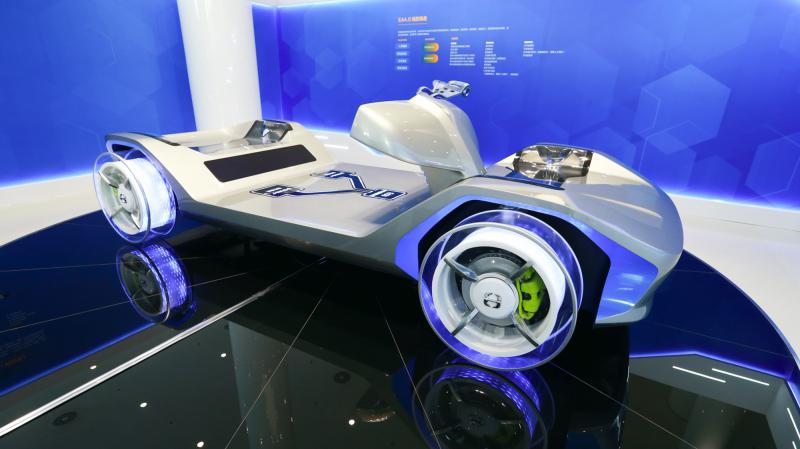 In the first half of this year, GWM continued to determine its globalization development strategy, settled bran-new vehicle and parts production base project in Jiangxi, Shangrao. The global production layout was continuously consolidated, promoting globalized models to overseas markets, and developing deeply in key strategic markets, such as Thailand, Russia, Australia, South America and the Middle East. The global distribution was gradually broadened to enable the sales volume in oversea markets to keep rising. Especially in the Thai market, GWM officially released core strategy of the GWM brand and the Thai market in the first half of this year, and made steady progress on this. It has successively attended the Bangkok International Auto Show in Thailand, opened two new retailers' super-experience stores, get GMW Rayong Smart Factory in Thailand into production, and launched the world's first HAVAL H6 HEV. GMW gradually opened a new chapter of market development in Thailand and even ASEAN. In the future, facing the challenges and opportunities brought by carbon neutralization and intelligentization, GWM will continue to carry out enterprise innovation, take the lead in the new race of automobile industry, and accelerate the transformation into a global mobility technology company based on the four "big" new positioning of "big global layout", "big investment in R&D", "big innovation of enterprise" and "big operation of users".