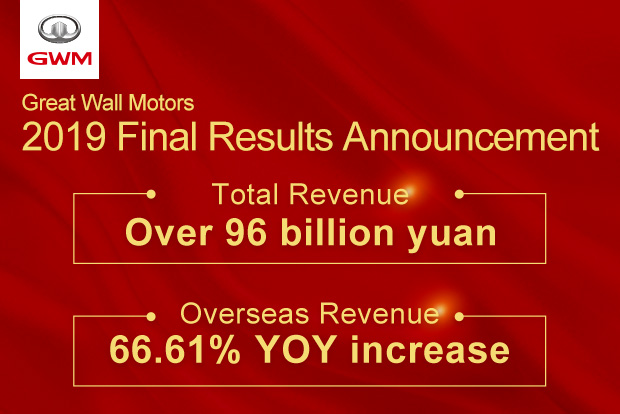 Great Wall Motor Company Limited released its Final Result Announcement 2019. During the year full of challenge, GWM still had made a stable performance and had achieved a total revenue of 96.211 billion yuan. What's more, it had made an excellent performance in its overseas market, with its overseas revenue reaching 5.522 billion yuan, a YOY increase of 66.61%.

● The overseas revenue was 5.522 billion yuan, a YOY increase of 66.61%, with remarkable performance in Russia, South Africa and other markets.

● GWM increased its R&D investment and made effort to enhance its core competitiveness, so as to further deepen the reform of “new four modernizations”

In 2019, GWM comprehensively upgraded its globalization strategy. It had made an excellent performance in its overseas market, with its overseas revenue reaching 5.522 billion yuan, a YOY increase of 66.61%. Under the background of the in-depth reform of the "new four modernizations" of automobiles, GWM is committed to precise and excessive R&D, transformation and innovation, which paved the way for its stronger presence as a global  automobile brand. 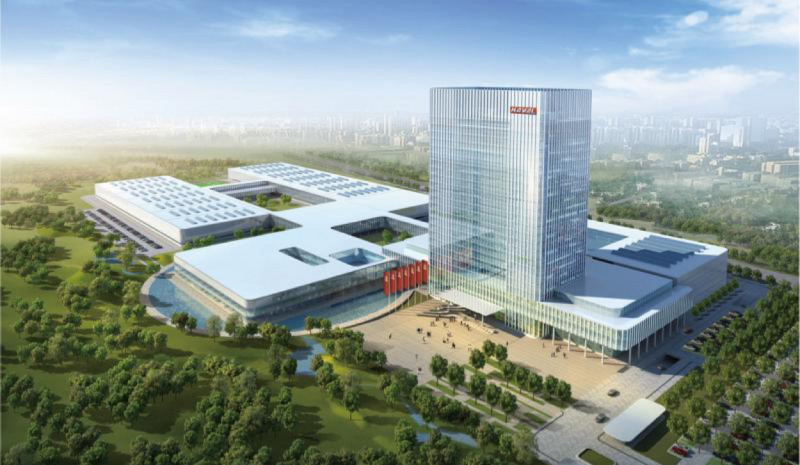 In 2019, GWM delivered 1.06 million new vehicles globally, a YOY increase of 1.43% in spite of the downward trend of the auto market. GWM has achieved the sales volume of more than one million units for the fourth consecutive year.

The four brands, namely HAVAL, WEY, ORA and Great Wall Pickup, further consolidated their market position. HAVAL brand had hold the sales champion title in the SUV market in China for 10 consecutive years, with a global total sale of nearly 6 million units. The global accumulative sales volume of the ideal Chinese car HAVAL H6 exceeded 3 million units, setting a record for the sales volume of a single model of a Chinese brand. HAVAL F7, the flagship model of HAVAL F Series, had sold more than 10,000 units per month for 13 months. 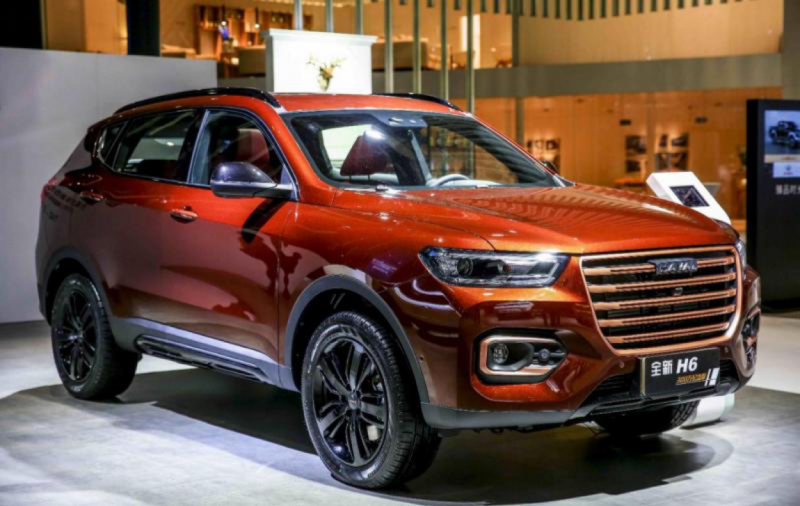 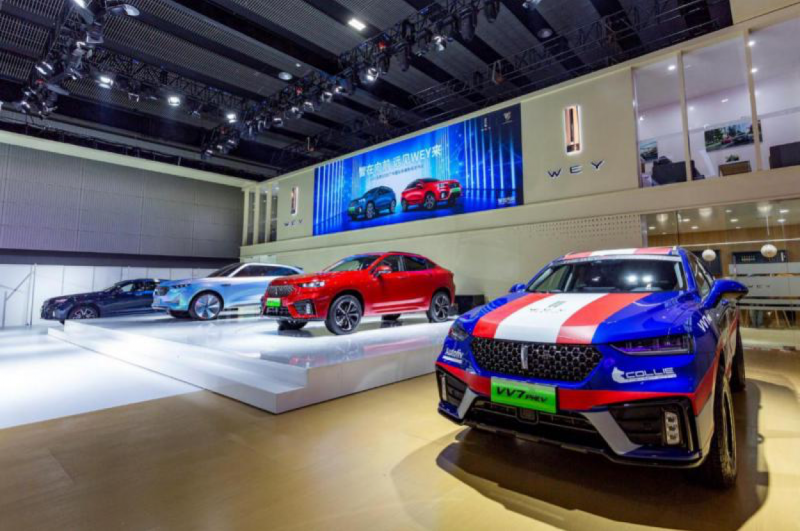 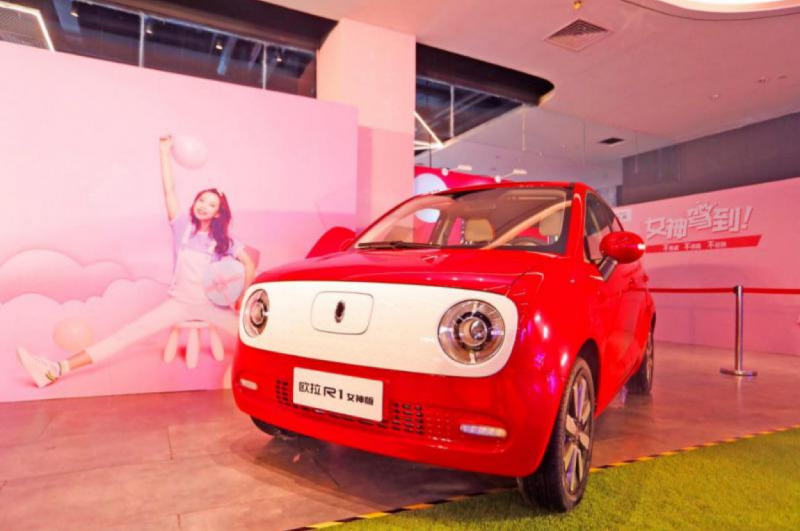 Great Wall Pickup brand had hold the first place in domestic and export sales for 22 consecutive years, with more than 1.6 million units worldwide and a domestic market share of more than 35%. In the past year, Great Wall Pickup launched a new brand, Great Wall “P”. In the three months since its launch, Great Wall “P” sold 18,200 units in total, becoming the sales champion of 100,000-yuan high-end pickup segment. 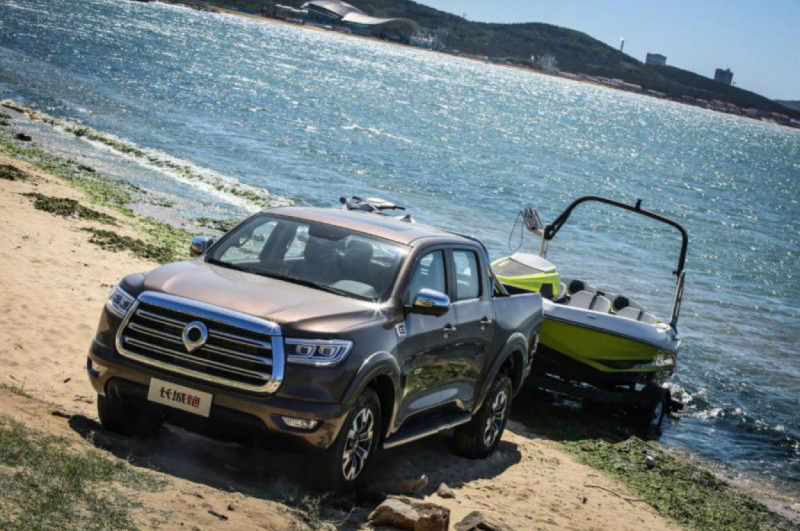 In the past year, models of GWM kept improving in intelligence, cleanliness, quality and value. Models with a price of more than 100,000 yuan accounted for more than 65%, and new energy and fuel-efficient models accounted for 68.3%, becoming the major development momentum of GWM.

Meanwhile, starting from user demand and user experience, GWM created a better experience for users in both the product service and the after-sales service . In September 2019, China Association for Quality released the evaluation results of 2019 CACSI. HAVAL brand and its models (HAVAL H6, HAVAL H7, HAVAL M6) got the highest score in the industry, and won the first place in several awards of “sales service satisfaction”, “100,000-150,000-yuan Grade A SUV”, “high-profile new vehicles”, and “Grade A SUV below 70,000-yuan”. Meanwhile, WEY brand won the first place in the annual “after-sales service satisfaction”, and WEY VV6 won the first place in the "2019 high-profile new vehicles (100,000-150,000-yuan SUV)”.

Under the background of the "new four modernizations" transformation of automobiles, GWM continued to increase its investment in R&D to cope with the in-depth changes in the industry. In 2019, GWM invested 2.716 billion yuan in R&D (expenditure), a YOY increase of 55.8%. The expenditure was accurately and efficiently invested in the R&D of clean technology, intelligent networking and autopilot technology, as well as global R&D layout. 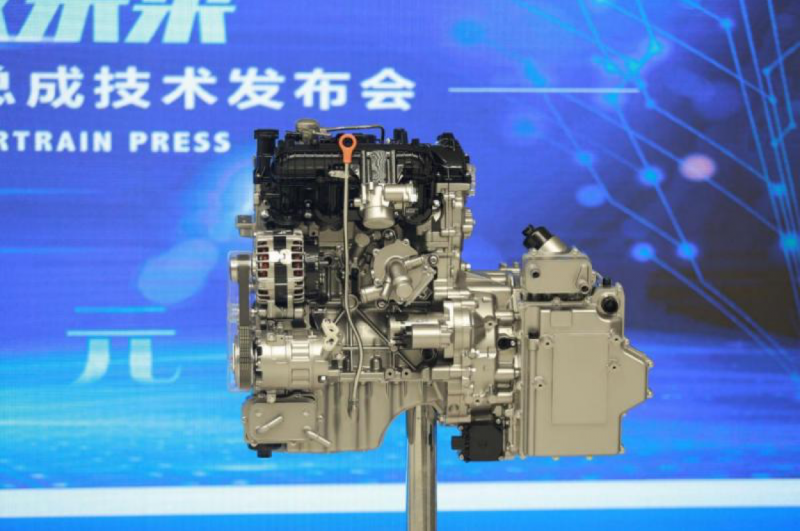 In the field of new energy, GWM carried out the development of EV, HEV and PHEV models and the planning of FCV. WEY brand launched two plug-in hybrid models, VV7 PHEV and VV7GT PHEV, in the year, further improving the new energy product layout of GWM. 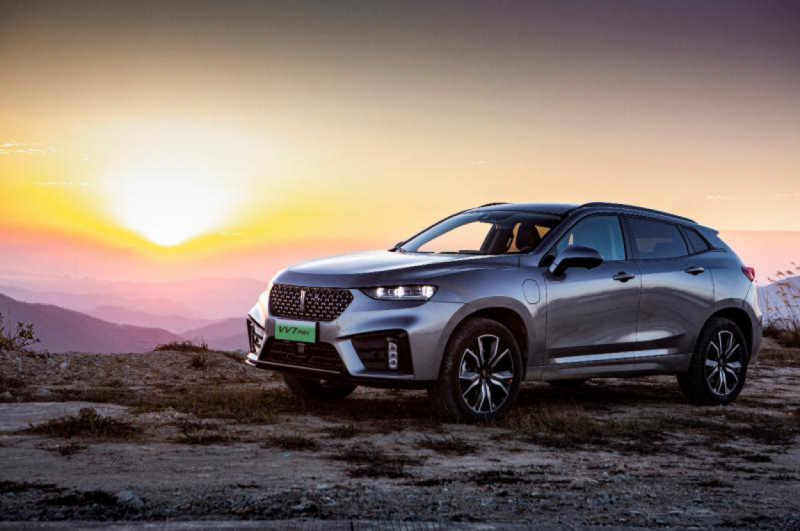 In the field of intelligent network, GWM is building an open platform for technological innovation. With an innovative and open perspective, GWM strengthens external cooperation, jointly promotes the R&D of key technologies such as 5G, the Internet of Things, autopilot and V2X, and accelerates the industrialization of common technologies. In 2019, in cooperation with eight strategic partners, including Huawei, Qualcomm and Baidu, GWM built the mobility robot based on 5G and AI technologies, built GTO intelligent ecology, and created a new era of mobility robot. 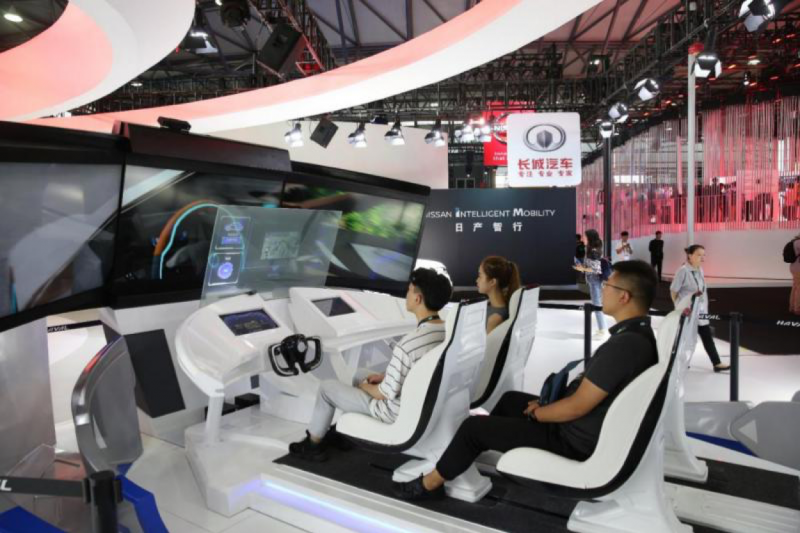 The overseas revenue rose by 66.61% YOY, demonstrating the effectiveness of the globalization strategy 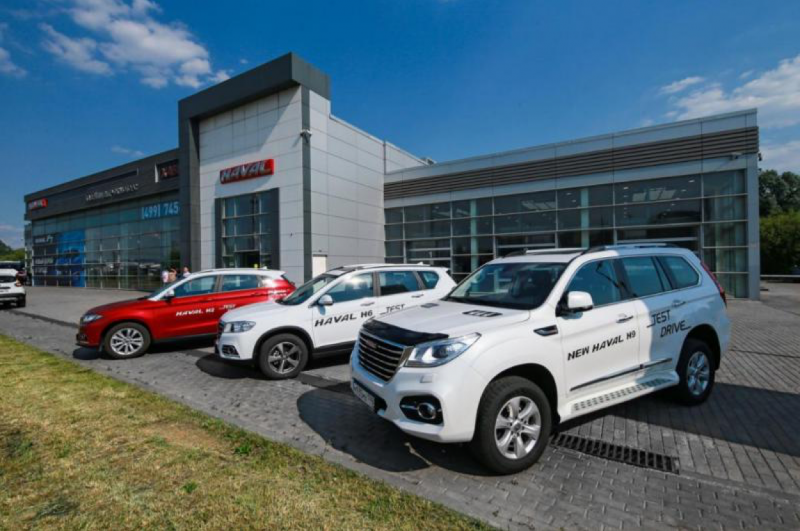 In June 2019, the Tula Factory in Russia wholly owned by GWM was officially built and put into production, and HAVAL F7, the first global car, was launched and achieved great success. At present, GWM has sold more than 120,000 vehicles in the Russian market. It is the acceleration of global R&D, production layout construction and distribution of sales channels that jointly promote the rapid growth of GWM’s sales in overseas markets. 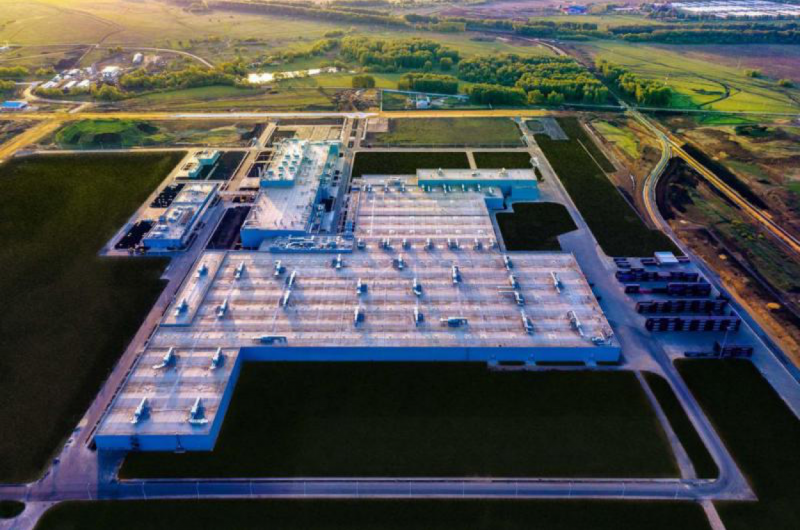 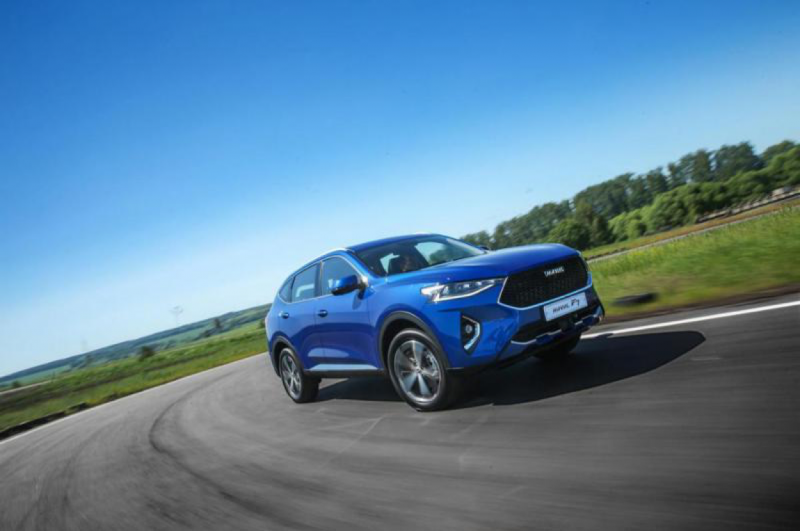 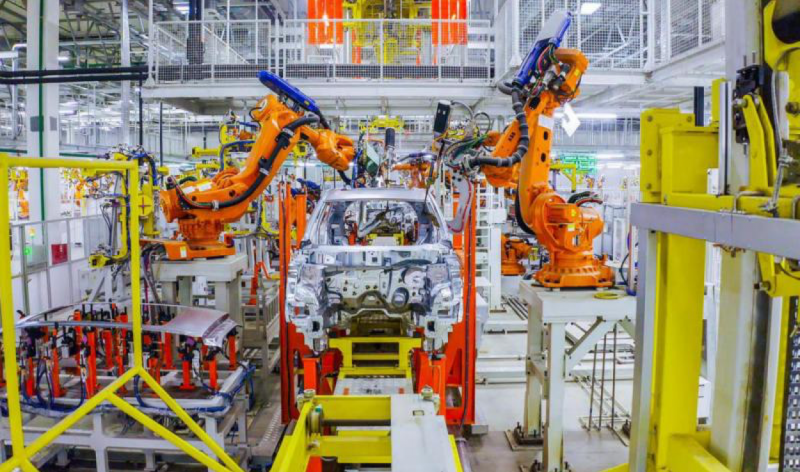 The automatic production line of the factory

In 2020, under the severe challenge of COVID-19 in the world, GWM will actively respond to it, and further deepen the R&D of core technologies of vehicle and parts, as well as high and new technologies with an innovative and open mind, so as to deepen the reform of “new four modernizations” of automobiles. GWMs will focus on users and maintain its leading position in the domestic market. At the same time, GWM will accelerate the pace of "going global" and provide high-quality, high-standard, intelligent and young products for the global market. GWM will improve its presence as a global automobile brand with its efforts in innovative marketing, brand vitality and global brand value.