HAVAL brand keeps bringing surprises to users in terms of security, intelligence and technology. HAVAL H Series launched a new model at the Show. At the historic moment when the sales volume of H6 is about to exceed 3 million, the brand new HAVAL H6 Platinum Edition was launched. The new vehicle was upgraded in terms of design details, technology configuration and intelligent network. HAVAL H4 Pro, which was designed for the young people who have strong personality and chase trend, was also launched at the Show. With the 12.3-inch LCD digital instrument, intelligent panoramic sunroof, Hi-Life intelligent networking system and other “high-performance” equipment, it became the focus of attention at the HAVAL booth. 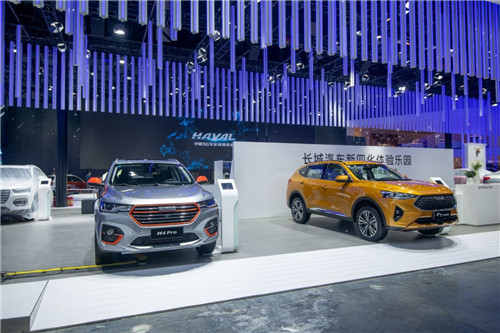 At the show, the “Three Musketeers” of HAVAL F Series, namely HAVAL F7, HAVAL F5 and HAVAL F7x, presented themselves together, demonstrating the technological charm of HAVAL brand in an all-round way. Among them, HAVAL F7 2020 made its debut, with its fully upgraded intelligent technology configuration, specially upgraded intelligent networking system, and newly added L2 level automatic driving system and AI auxiliary system. HAVAL F5, the first model of F Series, highlighted the passionate, free and adventurous personality of the young people with the design language of "Sharp Battle Aesthetics” and the sports gene of the golden combination of “1.5GDIT+7DCT”. HAVAL F7x integrates trend symbols such as intelligent driving and intelligent network, becoming the best choice for young people to enjoy driving passion and sports fun.

ORA brand, which is committed to building a “new generation of electric small car”, also launched quality models to cater for young consumers. ORA brand displayed its full range of models at the Show. Among them, ORA R1 Youth Edition, which was specially designed for the young LOHAS, was popular among young people by virtue of a simple and unique style, as well as cute and interesting designs such as big-eye headlights and annular tail lamps. With large space and intelligent functional configuration, it became more fashionable and interesting. ORA iQ Mobility Edition, which was specially designed for the online ride-hailing market, integrates the advantages of comfortable space, intelligent network, security assurance and long endurance, and takes into account the use of online ride-hailing and family car, facilitating the popularization of the online ride-hailing market with excellent user experience. 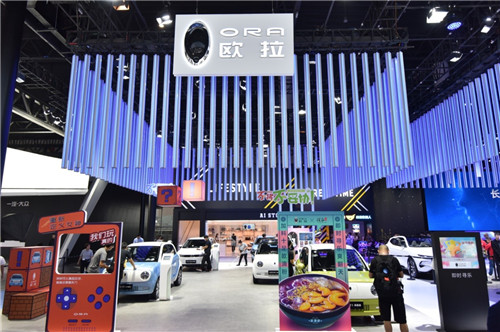 ORA brand debut with its full range of models

As the first global pickup brand in China, “P”Series , the new brand of Great Wall Pickup , launched its passenger pickup at the Show. The “P”Series passenger pickup is powered by a 2.0T Emission VI gasoline engine and equipped with a ZF 8AT automatic transmission. It is equipped with a number of advanced intelligent and passenger configurations, such as a full LED headlight set, shift paddle, new generation of intelligent network system, Bosch Version 9.3 ESP, ACC and AEB, and offers three options for interior and six options for body color. In addition, the mass-produced “P” series commercial pickup will be unveiled at the same time. It will provide users with several editions such as gas/diesel engine, 8AT/6MT transmission, long/short container and two-wheel/four-wheel drive. 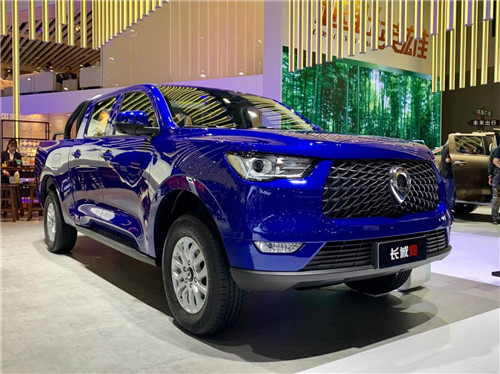 With the mission of promoting the development of Chinese automobile brands, WEY brand of Great Wall Motors expanded its product portfolio. The brand new WEY VV7 made its world debut at the Show as a family of luxury flagship models, including VV7 GT, the first luxury supercar SUV model of WEY brand, the newly upgraded VV7, VV7 PHEV and VV7 GT PHEV. VV7 PHEV and VV7 GT PHEV are also expected to be launched this October. 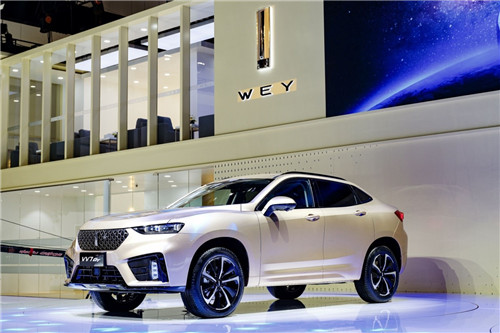 With the upcoming 5G and AI commercialization, the global automobile industry is faced with an unprecedented transformation and upgrading brought by the Fourth Industrial Revolution, which is also an opportunity for the Chinese automobile industry to realize overtaking by changing lanes.

This year, the appearance and application of many scientific and technological achievements have laid a solid foundation for the continuous technological development of Great Wall Motors. In terms of cleanness, Great Wall Motors adheres to the balanced development of traditional power and new energy. In June, HYCET, a subsidiary of Great Wall Motors, officially released the powertrain system including 4N20 engine, 9DCT transmission and 6001 series electric drive, with all the power performance indexes in the advanced level of the industry. In July, SVOLT, a subsidiary of Great Wall Motors, launched cobalt-free and quaternary batteries. By applying the new technology, new material and new standard of lamination process, it effectively ensures the safety and control the cost of the new energy battery. In terms of intelligence, Great Wall Motors released the "GTO universe smart ecological strategy" in July. In cooperation with 8 tech giants such as Baidu, Alibaba,Tencent and Huawei, it built a smart mobility ecosystem and put forward the vision of building mobility robots. 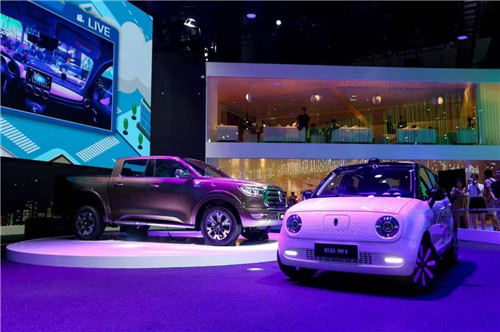 As one of the leaders of Chinese automobile enterprises, Great Wall Motors has always adhered to the concept of "Focus, Dedication, Specialization" and has been widely recognized by consumers and the industry in its development history of more than 30 years. It will continue to be the pilot in the transformation and upgrading of the Chinese automobile industry.